BACKGROUND OF THE STUDY

Etsako  land mass is on the north eastern part of Edo state. Approximately between latitude 7025 and 6045 east. It shares common boundaries with Akoko Edo, Owan East and Esan North East local government area in Edo state, Kogi state to the north and the River Niger across to Idah in Kogi State.

Before the advent of the Europeans in the later part of the 19th century, there existed a defined informal system of education where vocational, moral and proper housekeeping ethics were taught. As early as the 19th century, Islam had filtered from Idah in Bendel state across the River Niger and Okene Via Okpella, into this area, however, their presence did not subsist as Christianity gained ascending instead. However, one Islamic sect the Quadirriyya brotherhood, an academic or scholarly sect of Muslims founded pockets of study centres in areas such as Auchi, South Ibie, Aviele, Agbede e.t.c.

Where the Quaran was memorized solely for religious purpose. The only landmark educational institute which still stands as a monumental evidence of Islamic contribution to formal education in this area is the present Momodu college, Agbede, then known as Asarudeen college.

The Christian missionaries, consisting the Catholics, Methodists and Anglicans, in tandem with European merchants established a firm foothold in this area. As it was in other parts of Nigerian evangelism was the sole aim of the missionaries as commerce was for the merchants.

In this dual transaction, the need to communication barriers necessitated the establishment of schools by the various missions to teach the three “RS” of the reading, writing and arithmetic. They aimed at training interpreters and clerks for their different faiths and administration for economic conveniences.

Erhagbe (1975: 1-3) wrote about the activities of catholic missionaries in Uzairue clan in Etsako West local government area. According to him, the first missionaries to set foot on Etsako  soil were of French and German origin he noted that they came into the religion in 1833. their first settlement, according to him and Asoera, was at Ivianokpodi near Agenebode in Weppa wanno of Etsako  east local government area.

Asoera (1976) an eye witness of the early activities of the catholic missionaries in Etsako  asserted that the mission built and maintained elementary schools and colleges in this area. Eleta (1965:2), also stated that the catholic mission established and financed three boys secondary schools, namely; St. Peters college, Agenebode, our lady’s Fatima college in Auchi, and St. Johns college in Fugar. A girl secondary school St. Angela’s college, Uzairue was also established.

However, the Methodist and the Anglicans established more elementary schools in ever accessible village in this region.

At this stage, it is pertinent to briefly examine the goals and content of the educational package of these missionaries or voluntary agencies as they came to be known. The focus of their curriculum was to train Nigerians as evangelists or catechist to help in propagating their denominational doctrines.

Working in tandem with the European merchants, the missionaries also aimed at producing low skilled workers to assist them in their commercial and administrative activities. The entire educational system was parochial and self serving and so did not meet the needs of the people. as in Nigeria, between 1842, which marks the beginning of formal education and 1916

when the first education code was enacted with a provision for the government grants in aid to voluntary agencies, there was little or nothing to reflect the needs of the people in planning and execution of the curriculum in these mission schools; However, by 1925, the Phelps stokes commission, which was set up in 1920 to examine ways of making education relevant to the aims, aspirations and culture of the people, cae up with a memorandum of education with the following recommendations.

iii.                  Secondary education should be diversified to include technical, grammar, and vocational education.

To this end, by 1943, the Elliot and Abby commissions were inaugurated to fashion a blueprint on higher education in Nigeria.

Inspite of the above attempts, educational activities of the agencies were still circumscribed and restricted to maintaining private interests and standards and to serve the whims and caprices of the colonial masters. Consequently at independence in 1960, the need to draft a more practical, relevant and cost effective curriculum became imperative.

This led to the conveyance of a curriculum national conference between the 8th and 12th of September 1969 in Lagos. At the end of the conference, a communiqué christened “A philosophy of Nigeria education” was issued. To implement the communiqué the Nigerian education research and development council (NERDC) was set up to organize seminars and workshops to further deliberate on the recommendation of the conference.

The result of these efforts was the birth of the national policy on education (NPE) in 1977. this document was reversed twice in 1981 and 1998, respectively. The NPE, thus became the curriculum documents which encompasses the basic goods for achieving, maintaining and adopting self reliant and home grown education to both personal and national needs in sharp contrast to the parochial, religious oriented, colonial tainted, self serving an fixated curriculum as was been operated by the voluntary agencies spread across the entity called Nigeria.

Little wonder then that prior to the emergence of the national policy on education in 1977, the federal government pronounced the take over of schools from voluntary agencies in 1973 and provided legal security for states to do same. Consequently, the Midwestern government (later Bendel state and now Edo and Delta states) announced the take over of both primary and secondary schools owned by voluntary agencies.

The hypotheses tested in this Research Project are:

H01: the takeover of schools brought about equal opportunity and accessibility to formal education for all children.

H02: the take over brought about uniformity in terms of curriculum development and implementation.

H03: the take over that brought about teachers job satisfaction.

H04: the take over brought about the eradication of discrimination in terms of employment and condition of service.

H05: the takeover did not result in moral decadence among students in the schools.

H07: the take over did not result in increased and sustained funding of the schools.

Below are the contextual meanings of the keywords using in this study.

1.    Voluntary agencies: they are organized religious and non governmental bodies, which established and owned in Nigeria.

2.    Perception: These refer to the way one observes or view something or an issue. In this context, it refers to one opinion about the issue of take over of the school from voluntary agencies.

3.    Take over: this implies to assume total control of something, in this case, it refers to the government assumption of the total asserts and liabilities of all schools belonging to voluntary agencies in Etsako  west, East, and central local government area of Edo state in 1973

4.    Teachers: it refers to those teachers who were active players in the education system before and after the take over and the products of the system who later became teachers themselves.

5.    Quadiriyya: an academic brotherhood of Muslims formed by Quadiri. It believes that the best way to spread Islam is through literacy education. 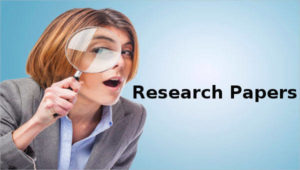