Sexuality and contraception among students are a pressing public health issue in both developed and developing countries. While most Nigerians recognize HIV/AIDS as an unavoidable disease, HIV/AIDS transmission prevention measures are inconsistently implemented by sexually active individuals. Youths and adolescents are at a high risk of developing STDS if contraception is not used correctly or avoided, because they are prone to indiscriminate sexual intercourse with multiple sex partners.

In Sub-Saharan Africa, where an estimated 14 million people are infected with HIV, heterosexual transmission accounts for up to 90% of HIV/AUIDs. According to the federal ministry of Health and Human Services (FMH & HS 1992), there are approximately one million HIV-infected people in Nigeria.

Because of the high risk of sexual behavior, this prevalence is increasing. These STDS diseases are most common in people under the age of 25 worldwide. Several educators have found that young people lack knowledge about prevention and contraception use, and often have little or no understanding of reproduction. Pregnancy and sexually transmitted disease are extremely common among undergraduate students.

The majority of these pregnancies are unintended and unwanted. They are frequently terminated illegally in the dark by quark doctors. In the 1980s, approximately 600,000 clandestine abortions occurred in Nigeria, some of which had disastrous consequences for the abortion seekers (African Journal of Reproductive Health, 2002). Sexual abstinence before marriage is expected of unmarried youths in most parts of Nigeria. Premarital activity, however, is high among adolescents, according to studies.

Parents, governments, and non-governmental organizations (NGOs) have all expressed serious concerns about adolescents. According to board information, adolescents who engage in sexual activity, whether orally or otherwise, frequently fail to use contraception, exposing themselves to the risk of unwanted pregnancy as well as sexually transmitted infections and diseases.

Most Nigerian higher education institutions have a lower age limit of 16-18 years. This means that the vast majority of students are in their late teens and early twenties. The majority of them live away from home, in school hostels and rented apartments near their educational institutions. These arrangements erode parental control and supervision of their children’s activities.

They are frequently exposed to peer pressure that encourages casual sexual relationships, and they must make personal decisions about their social and reproductive lives. Unfortunately, due to the fear of side effects and negative cultural attitudes of parents/guardians toward contraceptive use, the use of contraceptives among Nigerian students is very low.

Other factors contributing to undergraduate sexuality include the absence of sex education in Nigerian secondary schools and the lack of clear policies in most Nigerian higher education institutions regarding the provision of reproductive health services, including contraception, to students. This study is being conducted to determine the sexuality and contraceptive practices of students in relation to their HIV infection awareness.

1.2 STATEMENT OF THE PROBLEMS

Changes in the social environment, combined with exposure to Western media, appear to have had a significant impact on African students’ sexuality. In a country where students are judged to be among the most sexually active in the world, the issue of sexuality and contraception cannot be overstated. According to Blane and Laky (1998), sexually active adolescents frequently fail to use contraception.

Peterson and Fakeye (1978) discovered that 13.4 percent of male adolescents in Edo State had made a partner pregnant, with 69 percent of these pregnancies being aborted. Gueye et al. (2001) observed that sexual taboos, rites, and cleansing procedures were previously transmitted in conjunction with formal rituals such as circumcision or initiation in many African societies. Nowadays, the influence of such traditional structures has waned, reducing the sources of social support and resources for young people experiencing sexual health issues.

Furthermore, this study of sexuality and contraception will invariably bring up some socially contentious issues such as sexual promiscuity and homosexuality. STDS such as Chlamdia, Gonorrhea, Syphillis, Cancroids, and Trichomoniasis, according to Cameroon (1989), increase the likelihood of HIV transmission. This study is a survey of sexuality and contraception among students at Ekiadolor College of Education in Edo State.

1.4 THE IMPORTANCE OF THE STUDY

This study seeks to identify the roles of parents in their children’s sexual and contraceptive behavior, as well as to diminish parents’ interest in providing their children with sex education at home. It will undoubtedly encourage additional research into predicting contraceptive behavior, which will aid in the development and implementation of effective, preventive, and intervention programs, particularly those addressing sexually transmitted disease.

This will go a long way toward making a profound or useful contribution to medical issues such as family planning, the rate of STD contractions, and the effectiveness of contraceptives, as well as sexuality experts involved in the development and promotion of safer sex pregnancies.

It will also aid in the identification of students who use or misuse contraception methods, putting them at risk of unwanted pregnancy, AIDS, and other sexually transmitted diseases. It will also be useful in educating undergraduates about the various contraceptive methods available. In conclusion, it is expected that this study will make a significant contribution to the ongoing debate on strategies for educating students about sexuality and contraception.

The following research questions have been developed based on the assumptions.

2. Is there a link between sex education knowledge and the use of contraception?

4. Does knowledge and use of contraception increase sexuality among undergraduates?

The study will concentrate on student sexuality and contraception. This study will look at the state of sexuality and the use of contraception among students at the College of Education in Ekiadolor, Edo State. The school is located at 5 Ekiadolor Community in Edo State’s Ovia North East Local Government Area. Because of the lifestyle patterns of students across the country, the findings of this study can serve as a guide to what the situation may be in other parts of the country.

Sexuality: The actions and feelings that people have in relation to their desire or ability to have sex.

Contraception: The practice of allowing a woman to have sex without having a baby, or the methods for doing so, also known as birth control.

A contraceptive is a drug, object, or method that allows a woman to have sex without having a baby or contracting an STD.

Heterosexuality refers to sexual attraction to people of the opposite gender.

Promiscuity is defined as having sex with a large number of people without regard for their gender.

Undergraduate: A student pursuing a first degree at a university.

Sex Education: Teaching students about the physical and emotional aspects of sex.

Pregnancy: The state of being pregnant.

Sex: The act of a male and female joining their sexual organs in order to have children or for pleasure. 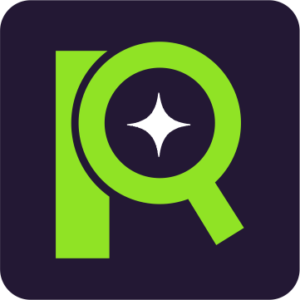 CAUSES OF TRUANCY IN PRIMARY SCHOOLS AND ITS EDUCATIONAL CONSEQUENCES

THE EFFECTS OF STRESS ON STUDENT ACADEMIC PERFORMANCE